I was walking through Belleville Park the other day, and noticed this clump of cut grass (?) on the walking path, below left. I stopped and did a double-take, because it looked like a perfectly-formed question mark, below right. Do you agree? So what is the question here? 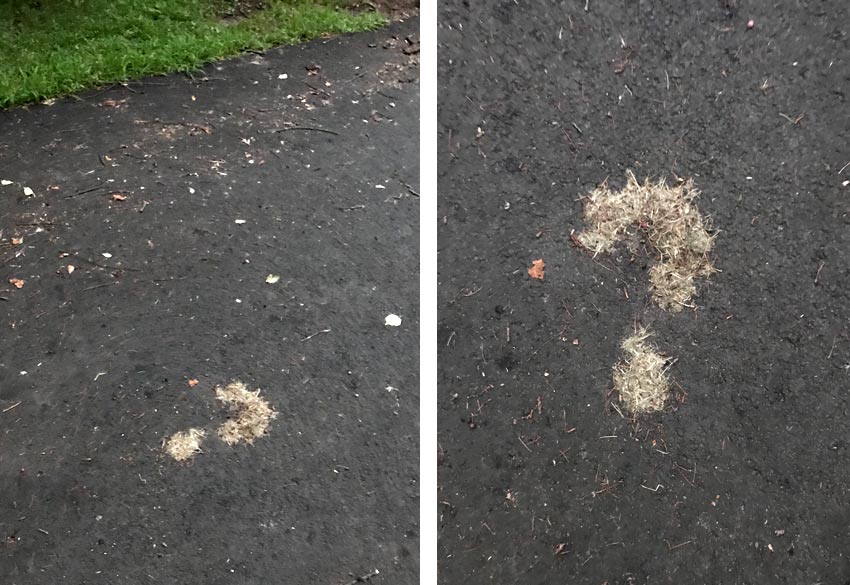 On a side note, when I tell people I live in Belleville, NJ, the most-common response is “where?” and “I’ve never heard of it.” I understand, as there’s not a whole lot about it that is well-known, but it actually has some interesting history. For example, Belleville Park – it was designed by the Olmsted Brothers firm, the same Olmsteds who designed nearby Branch Brook Park in Newark, Fort Tryon Park in NYC, FDR Park in Philadelphia, Audubon Park in New Orleans, the Cleveland Metroparks System, and the Kentucky State Capitol Grounds, among many other projects.

Another interesting note about Belleville … in 1870, it became the first city on the East Coast of the United States with its own “Chinatown.”

Hope on the Hill – The 3rd Annual Pink Show on Maine Art Hill in Kennebunk, Maine