46 years after opening its first doors on London’s Fulham Road in 1973, The Conran Shop has opened its 12th global location in the thriving Gangnam area of South Korea’s capital city. According to creative director Stephen Briars, the new Seoul store is “a retail environment for the modern age.”

Rivaling the London flagship for size, the Seoul store occupies what was once a multi-story car park, now transformed into a dramatic two-story, 24,000 square foot retail emporium – a standalone space connected to Gangnam’s Lotte Department Store. The brand’s arrival in Korea introduces the world’s fourth-largest city in terms of GDP to Conran’s approach to design, as well as directly exposing Conran to contemporary Korean culture in what promises to be a dynamic and productive dialogue. We spoke to creative director Stephen Briars to find out more.

Why did you pick this city/neighborhood/storefront?

Our partner offered us the space and we loved it for its simple rectangular format and spaciousness. Compared to many heritage buildings it is relatively free of columns and obstructions and affords great sightlines across the floors. Interestingly, it was designed as a car park when the adjacent department store opened some years ago, then later the ground and first floor were converted to retail spaces. The neighborhood is modern and the most affluent area in Seoul. 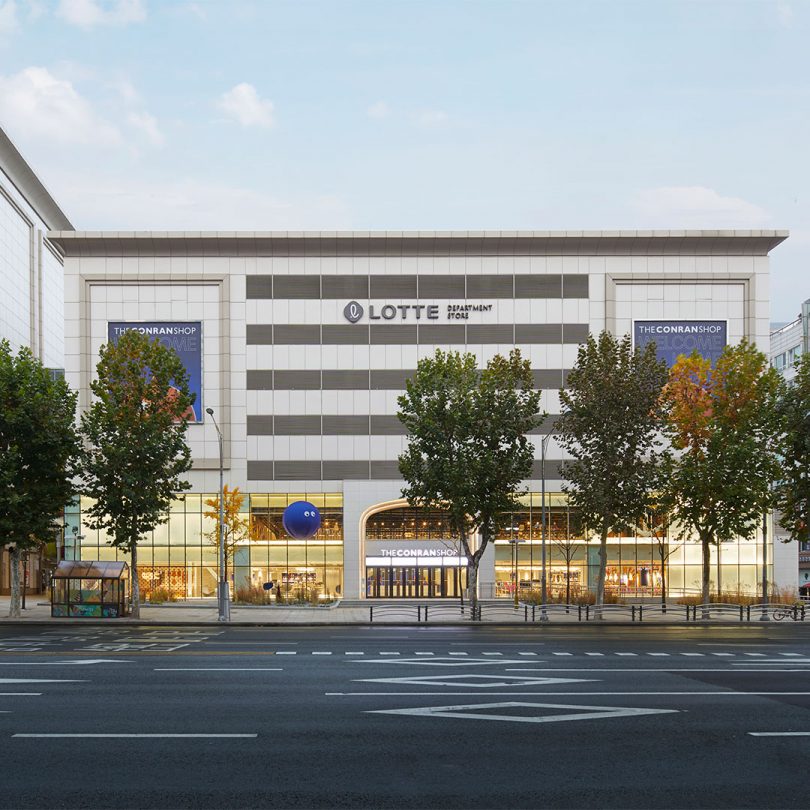 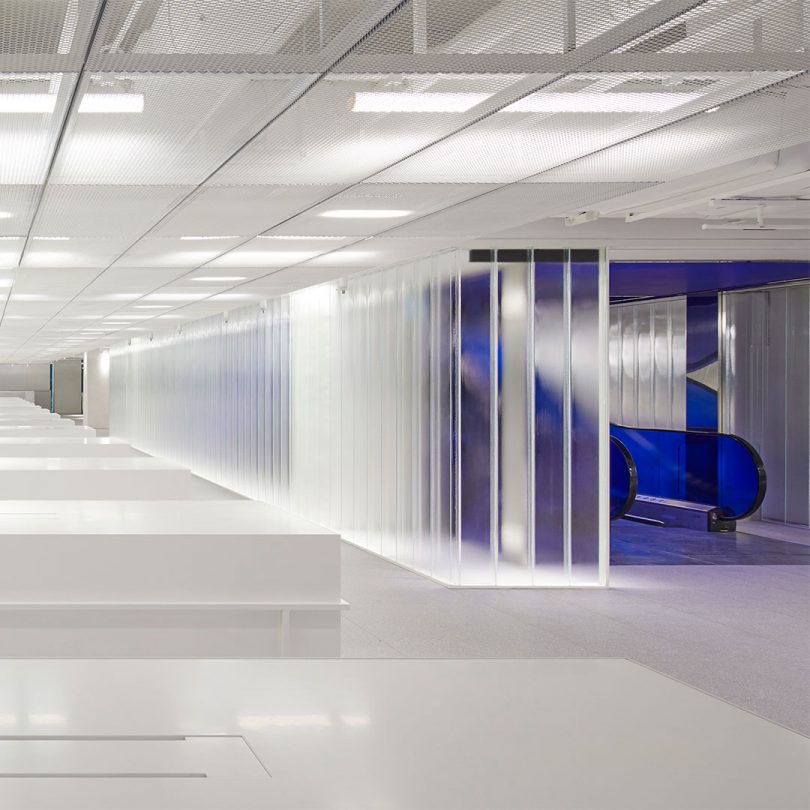 Where did you get the name for the store?

The Conran Shop is named after its founder, Sir Terence Conran, a British name that has become synonymous with design around the world. Terence had already established the Habitat brand, but wanted a store which housed the best and most iconic design pieces and brands in the world. And by design, he meant any design – great design can cost anything from £1 to £10,000. 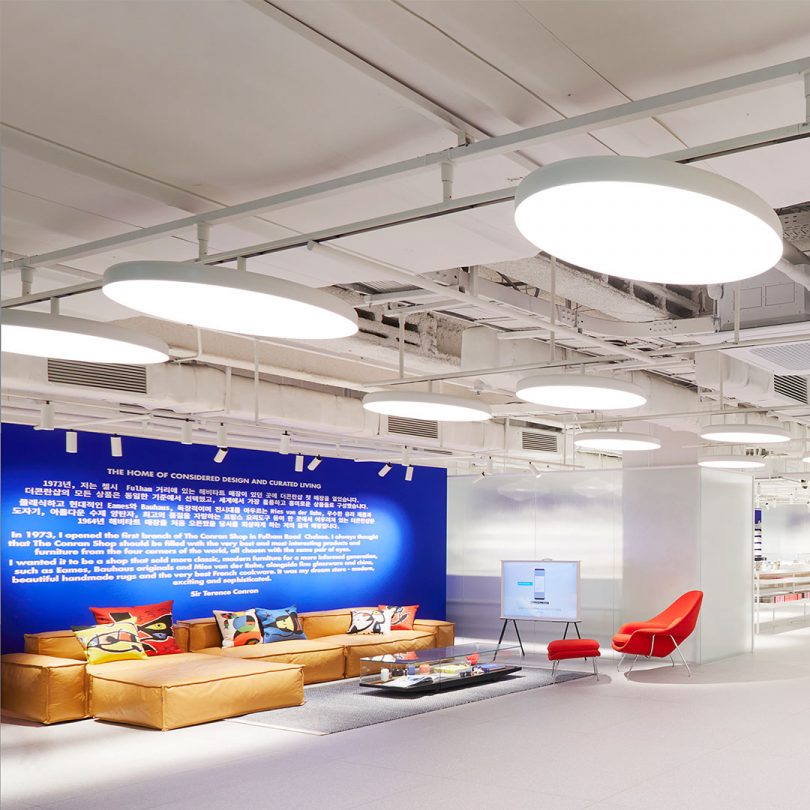 Has it changed much since it opened? How?

At the time of writing, our store in Seoul has only been open for about a week, so not yet! But the concept of this new store was to create a ‘blank canvas’. Rather than being overt in its materiality, the space is refined and sparing with elegant use of glass and steel. It was conceived with seasonal change in mind and open to new layers which will be applied by our own creative team as well as guest collaborations. An example of the latter is the artist and illustrator John Booth, who worked a 15-meter mural into our opening scenario. 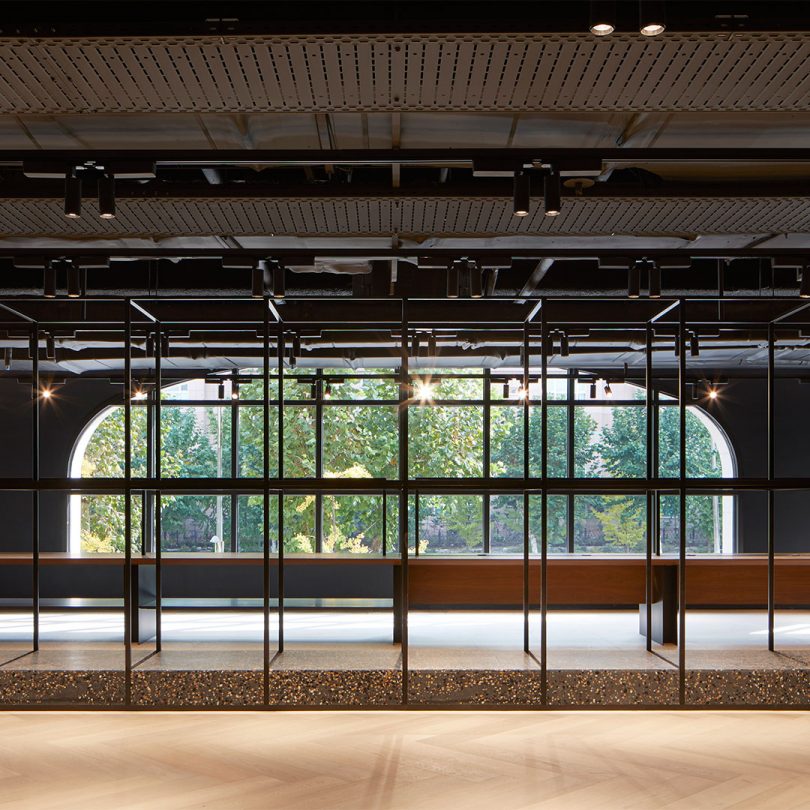 What’s one of the challenges you have with the business?

This is our first store in Korea. Apart from the UK and France, we also have six stores in Japan where the brand celebrated its 25th anniversary this year so there’s a ripple of awareness of the brand in that part of the world. The Seoul store opened with limited awareness of the Conran brand, which is a huge opportunity. We wanted to design it as the best design store in the world, rather than as Conran store number twelve. 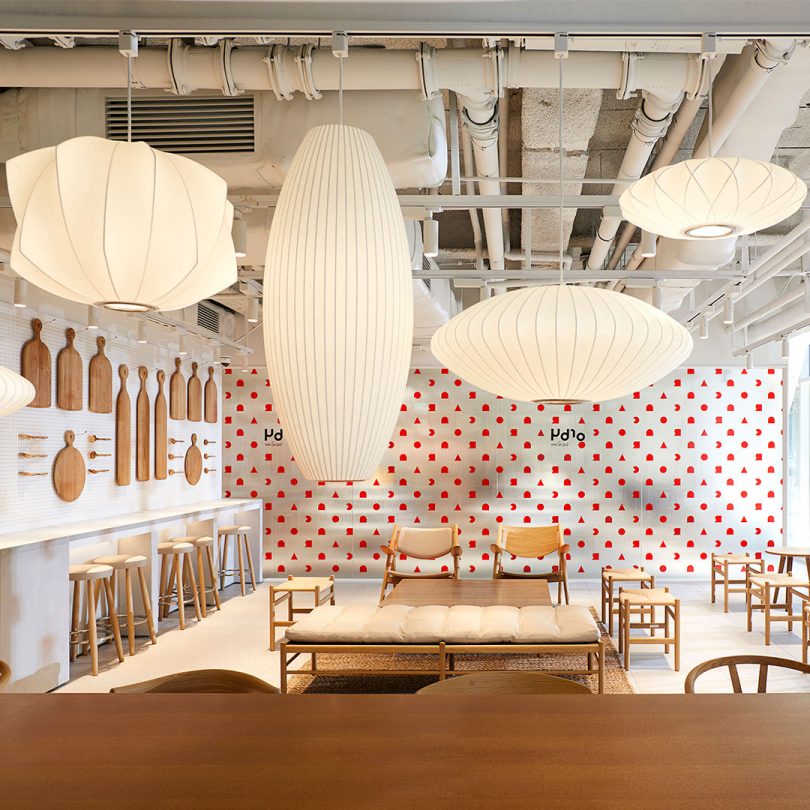 What other stores have you worked in before opening this one?

I’ve worked on many store openings throughout my career for brands such as Paul Smith, Louis Vuitton, and Urban Outfitters. I’ve lost count, to be honest, but most recently, just a month before our launch in Korea, we relocated, and doubled the size of our store in Selfridges, London which was really amazing. 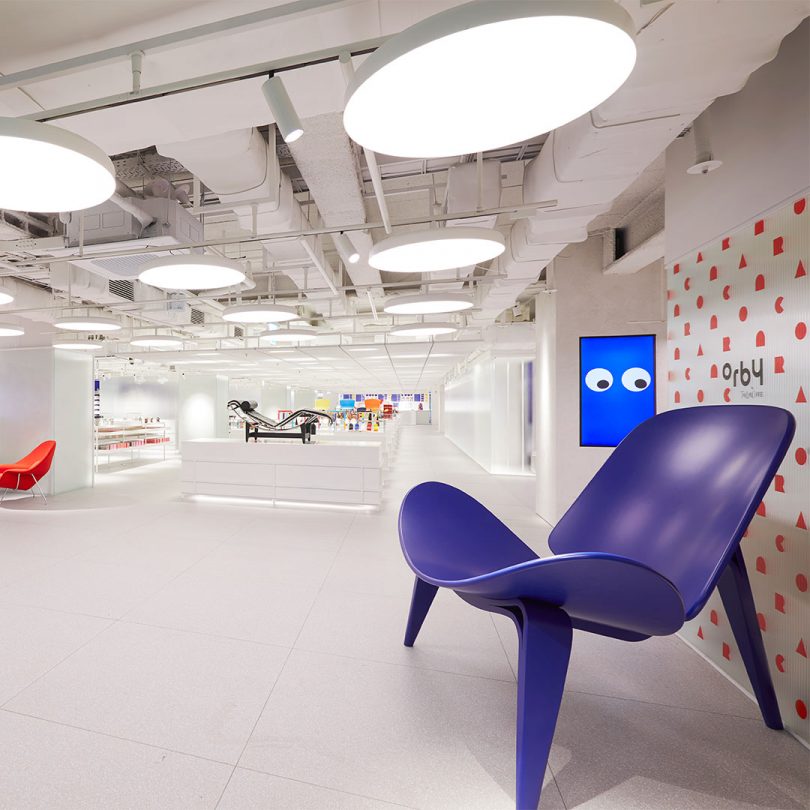 What’s your favorite item in the Korea store right now?

My favorite item is the one that seems to create the most ‘oohs’ and ‘aahs’ among customers as we are walking them through the new space. It’s not a new item per se, but if you haven’t seen it before it makes you stop and stare – it’s quite simply a light that opens like a book, by a brand called Lumio. Without exception, on opening the book in front of our new Korean customers, the glow of warm light illuminating my face had them super excited. With the walls of the lighting room in Seoul being steel, and having already wowed them with the light, tapping it onto the steel wall and demonstrating its magnetic cover made them open-mouthed. 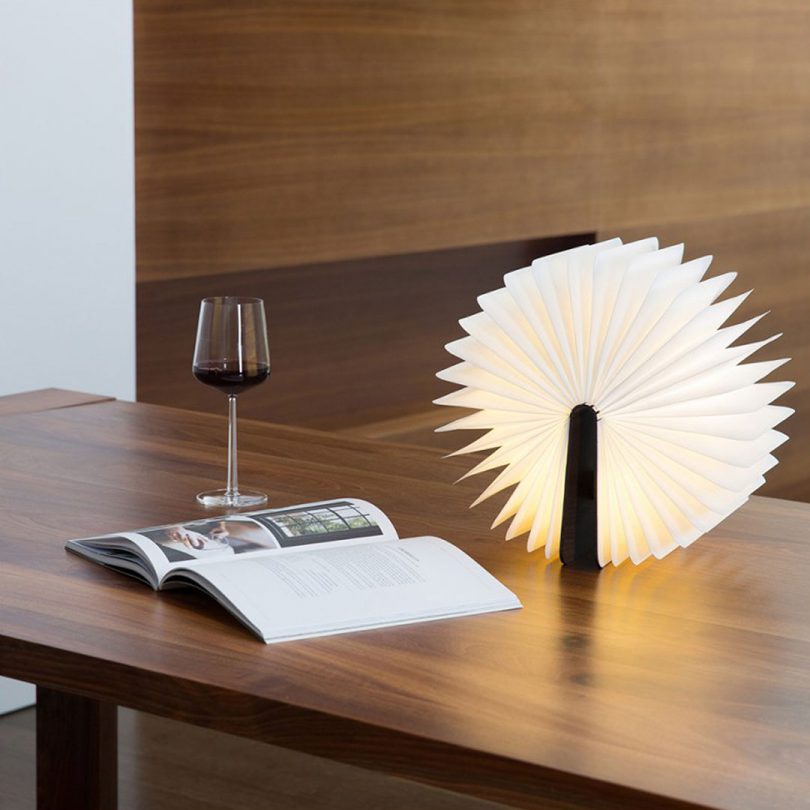 What is this season’s theme/inspiration/story?

We don’t tend to work with themes as such, it feels like an old-fashioned conceit and can push you down a dead-end. Instead, we focus on the story of the brand and our ever-changing product edit. We source products from all around the world to ensure our customers are presented with a carefully curated collection at all times, and that is a big part of our story. The product offering changes with each season and is dictated by good design, rather than a particular pattern or color trend. 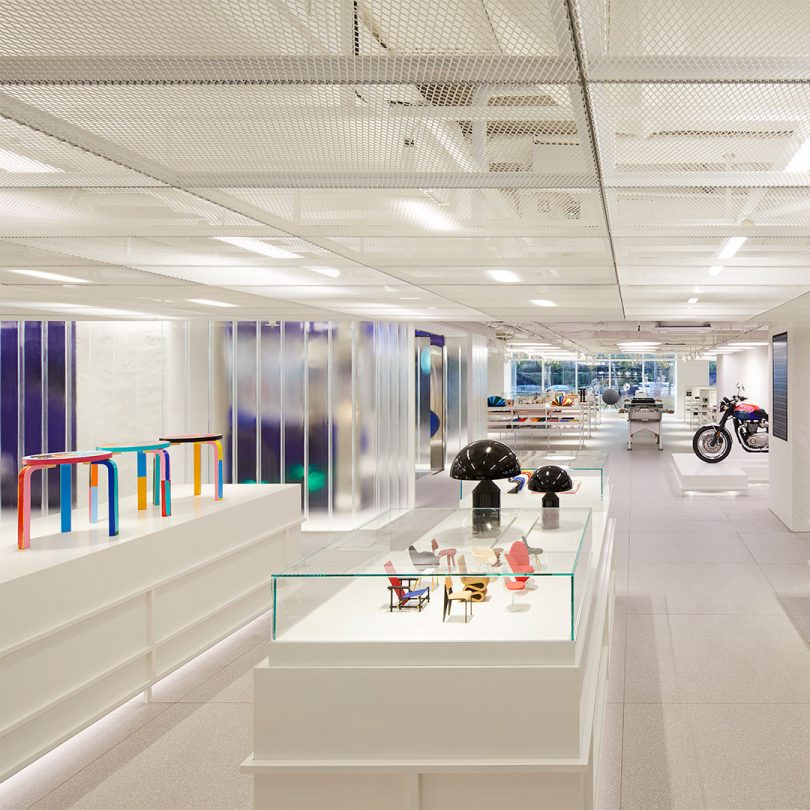 Are you carrying any new products and/or undiscovered gems you’re particularly excited about?

Wherever there is a Conran Shop, the edit is different. Our stores have a core offer that then differs from city to city depending on local trends and appreciation. The current collection in The Conran Shop in Seoul is close to the one currently in our London stores. It’s a British brand in a new market so we felt it was important to start by evoking the spirit of the brand. Throughout this year, the offer will evolve based on success and demand – for example, we’ll look at curating a Korean edit of great design for the store which will then hopefully launch in the UK and France as a story in the second half of the year. 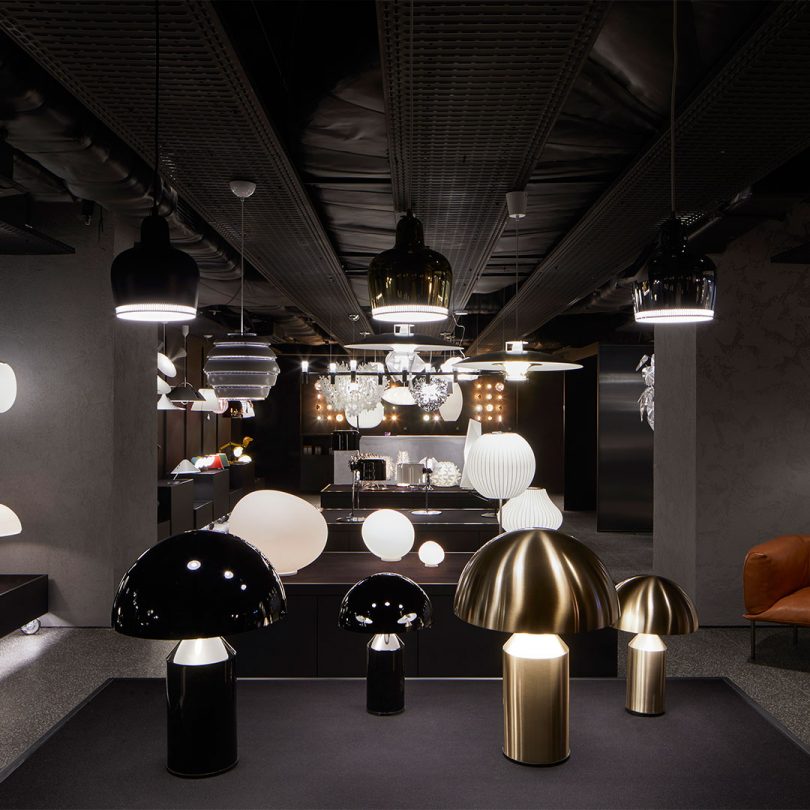 What’s been a consistent best seller?

It’s too early to tell, but early indicators suggest that the design classics will prevail, by designers such as Eames, Saarinen, and Wegner. 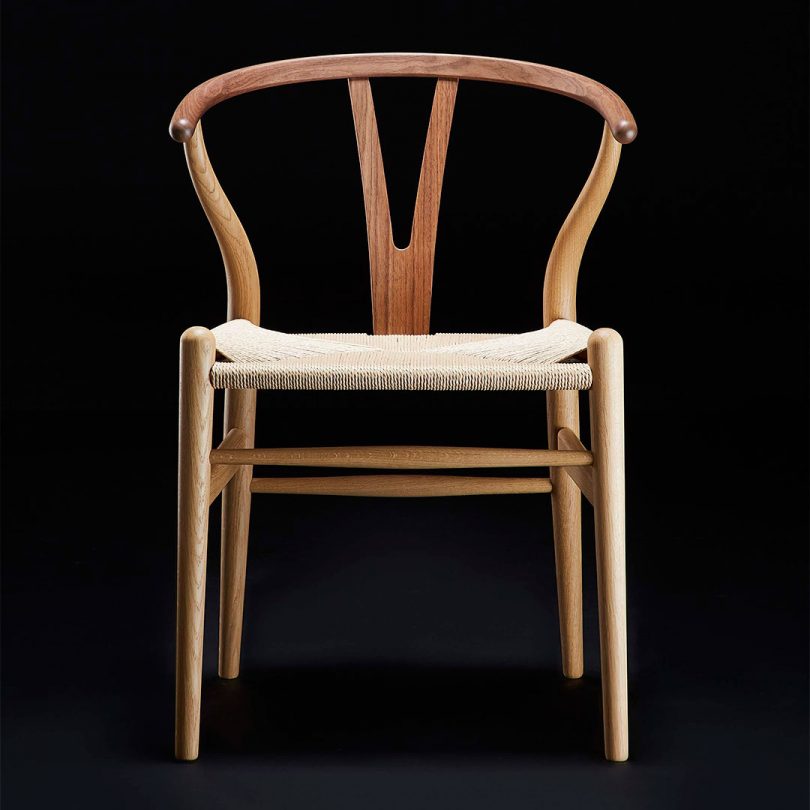 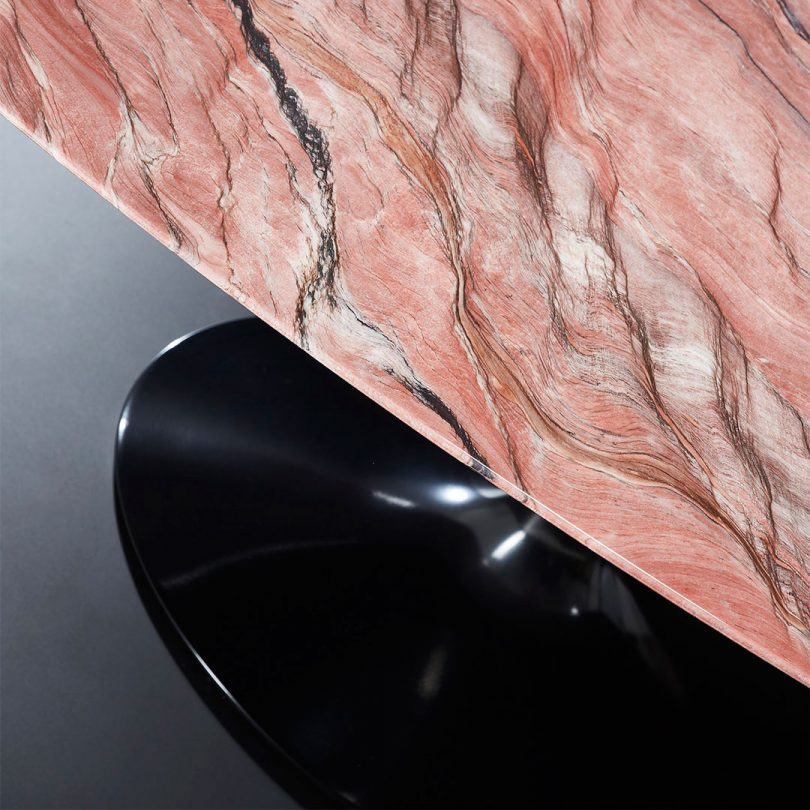 Does the store have its own line? If not, any plans for it in the future?

Yes, we have an extensive assortment of Conran brand designs, including furniture, lighting, textiles, dinnerware, and decorative accessories. The ‘Conran’ range is a big focus for us as a brand and is growing by the season. Each piece is designed in-house or in collaboration with eminent designers. Some recent collaborations have been with Knoll, Carl Hansen & Søn, and Samuel Wilkinson.

My next visit to Seoul will be in the coming months, so we’ll get the ball rolling on this then – watch this space… 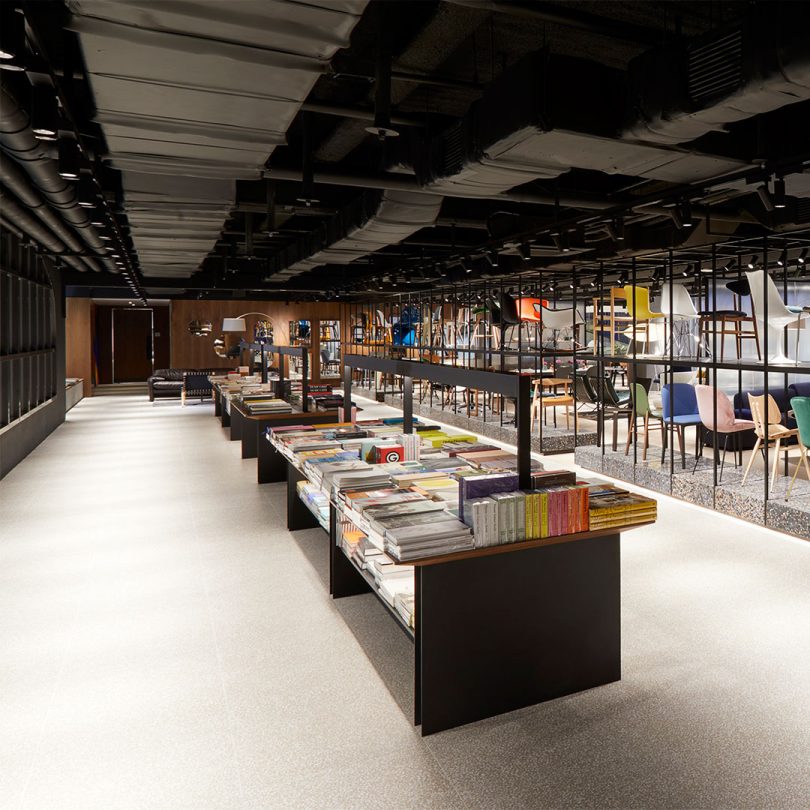 Do you have anything from the store in your own home?

I do, I have furniture from Carl Hansen & Søn and Vitra. I have Castiglioni’s beautiful Snoopy light and the surreal alabaster Babel light from Santa & Cole. Amongst other pieces, I have also built an entire army of Studio Arhoj’s Famiglia characters. 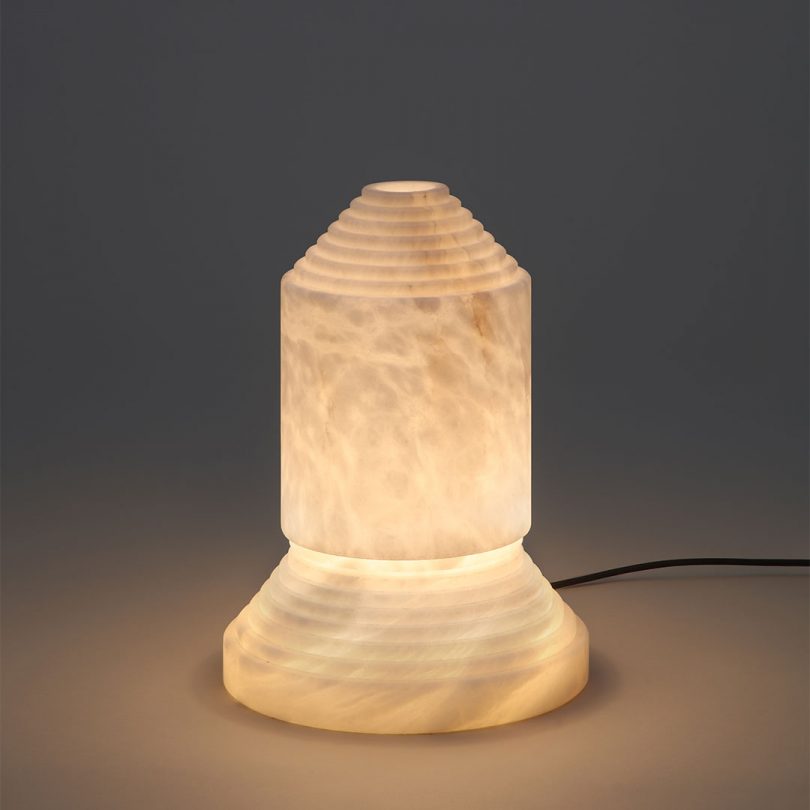 What’s next for you and your store?

The existing stores are always changing and evolving; they never stand still anymore. We are working on the details of our Spring 2020 window schemes which feature photography as a central idea. We will be undertaking remodeling works in our Paris store early this year, and working on a new store project in Tokyo for mid-2020. 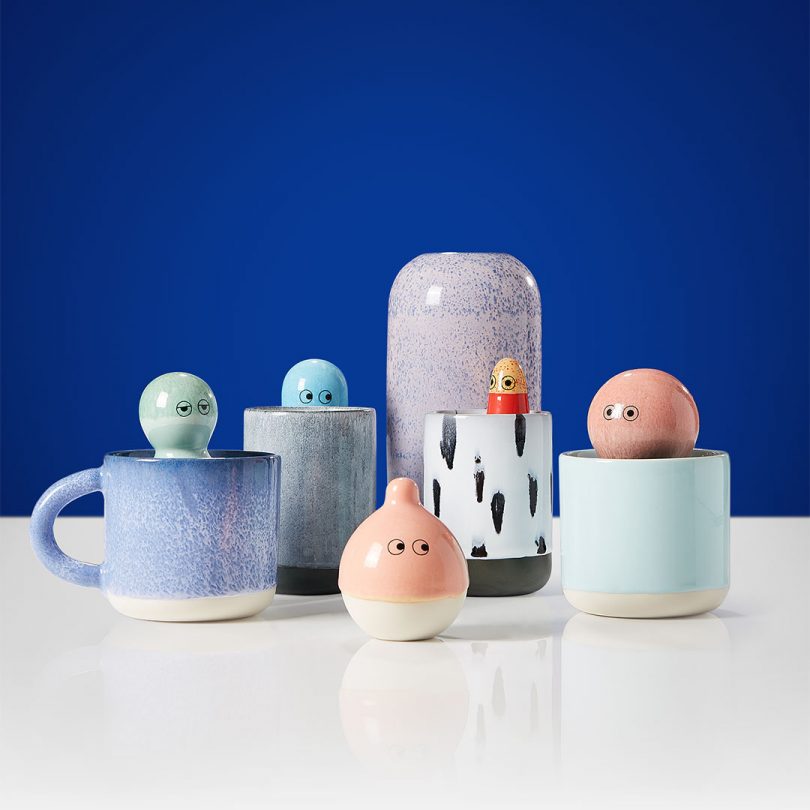 What’s one lesson you’ve learned since opening the store?

Endless coffee and snacks get you through the day. Be nice to everyone.

If you could give one piece of advice to someone who wants to follow a similar path to yours, what would it be?

Ignore the rules, go with your heart, filter opinion, enjoy what you do, accept the fact that everyone thinks they are a creative director.