There’s an old and crusty fire hydrant in the neighborhood that I pass by on a regular basis, and the other day, something about the top of the fire hydrant made me think of some art that I saw at the Metropolitan Museum of Art a few years ago, when they had an exhibition titled “World War I and the Visual Arts.”

The “spike” and curved markings on the fire hydrant made me think of the German Army helmets depicted in art at the Met’s exhibition. As you can see in my first comparison, below, the fire hydrant is shown alongside a detail of a German soldier from the cover of a 1915 issue of “Le Mot (The Word),” a French publication founded by Jean Cocteau along with the illustrator Paul Iribe. 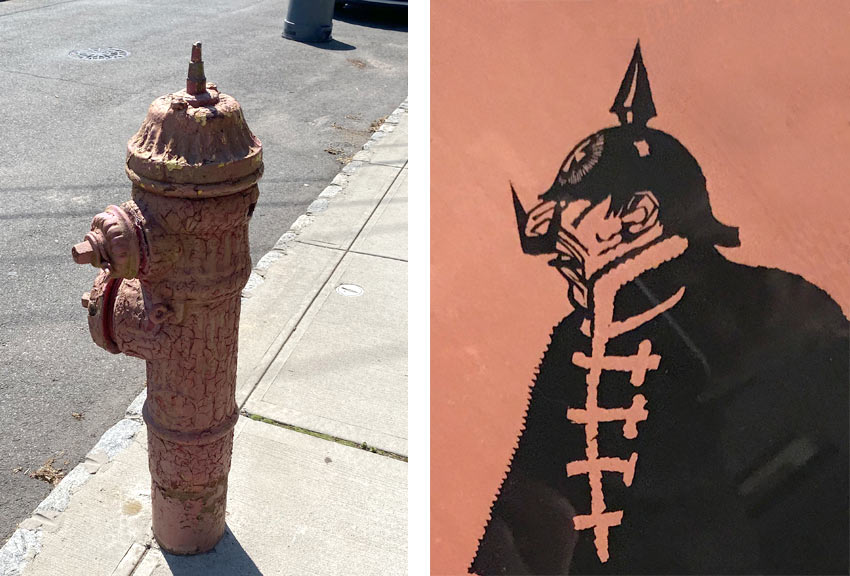 I was curious to learn more about these helmets – I’ve seen them plenty of times and obviously they stuck in my memory in order to make the comparison here, but what can we learn about them? This is where I learned that they were called “pickelhaube,” which actually translates to “pimple hood” in German. From what I can gather, the spike on top was more ornamental than functional.

Here’s another comparison between a view of the same fire hydrant with another work from the Met’s exhibition – in this case, it’s a World War I propoganda poster by Harry R. Hopps which was encouraging men to enlist for WWI, with a vicious gorilla as metaphor for the aggressive military action taking place in Europe, with the gorilla wearing his own pickelhaube. 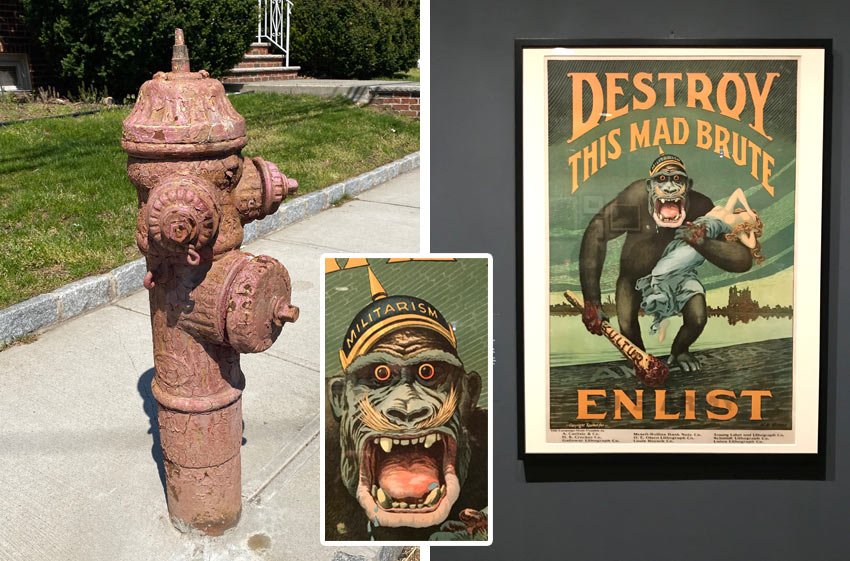 I don’t know about you, but I think this fire hydrant looks so old, it makes me wonder if it dates back to World War I!!

An Unusual Mother and Child Sculpture in Handaberd

The Complexity of Medieval Identities in the Caucasus

A War Over Patterns, Symbols, and the Cultural Heritage of Karabakh’s Carpets

The Commons’ bold prediction of a dystopian climate apocalypse weeks before bushfires ravaged the...

A Year in Review in Art and Culture

An Unusual Mother and Child Sculpture in Handaberd

The Complexity of Medieval Identities in the Caucasus

A War Over Patterns, Symbols, and the Cultural Heritage of Karabakh’s...