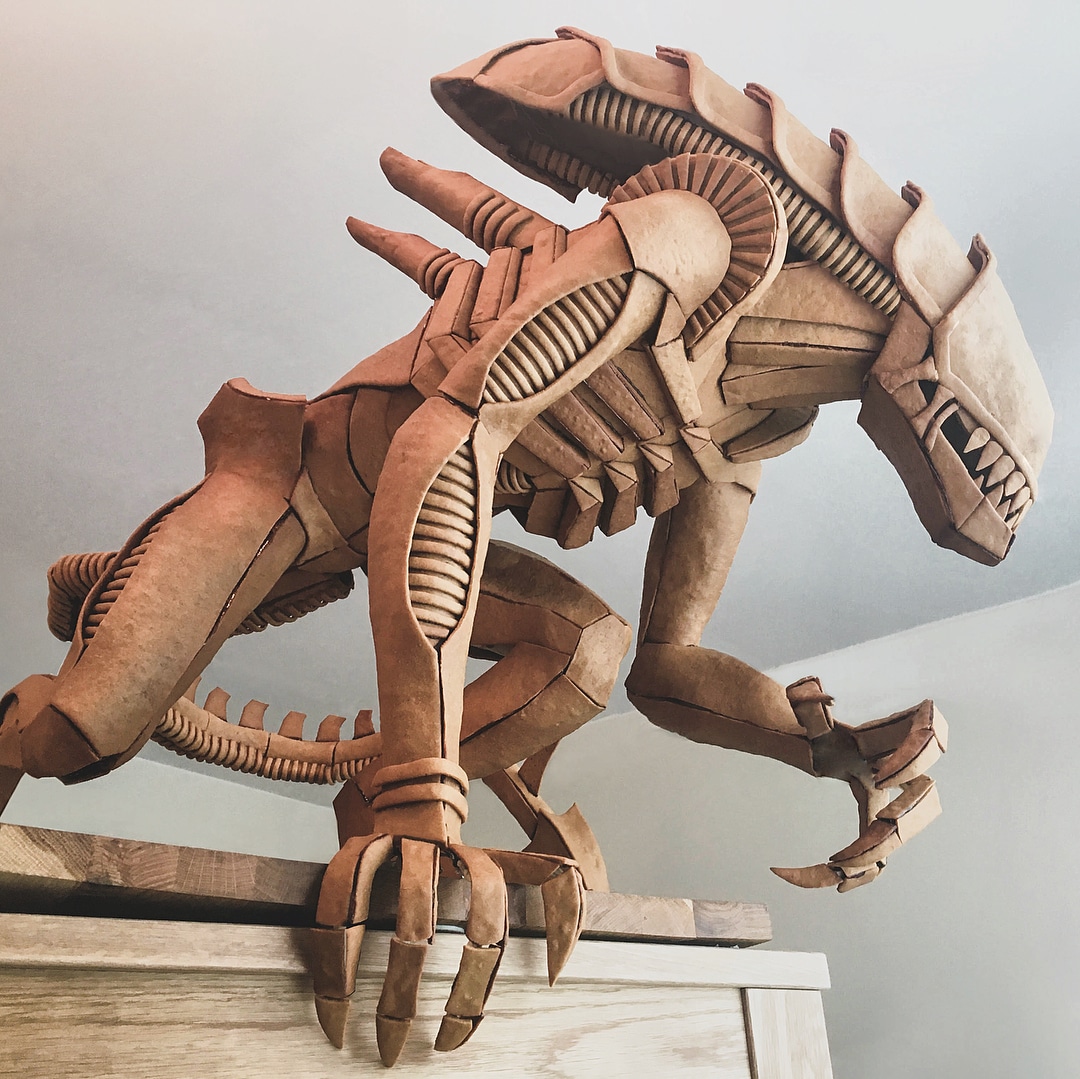 While many of us are just trying to get the hang of putting together a gingerbread house that won’t collapse, motion designer Caroline Eriksson is pushing the limits of the medium. Since 2013, the Swedish creative has been producing impressive movie-related gingerbread sculptures. Her creations, which take about five weeks to complete, become more and more ambitious each year.

Once Eriksson finalizes her subject, she embarks on research before creating the 1:1 sketch that she uses as a reference throughout the process. From there, Eriksson creates a simple wire structure that provides support for her sculpture and allows her to gauge the proportions. The final step involves layering on the gingerbread, which is held together with melted sugar. Eriksson bakes all of her own gingerbread, ensuring that it’s stiff enough to hold up while still giving her the textures she’s looking for.  It takes about 15 pounds of flour and 11 packs of sugar to produce all the gingerbread the gifted food artist needs, which is then carefully cut into the shapes she uses to build out the sculpture.

Though Eriksson has been building gingerbread houses since she was a child, she began wondering what else she could do with the medium early on. At first, this led to gingerbread boats and castles, but then she got even more ambitious. “I entered a gingerbread competition in 2013 and made Optimus Prime, a robot from the Transformers films,” Eriksson tells My Modern Met. “I got the idea from watching the movie, thinking that a robot must be possible to build as well if starting with simple inner forms that hold up the structure and added layers of details on top. I won the contest and the picture of the transformer went viral online and in magazines. That’s where it all started.”

Over the past few years, Eriksson has created one elaborate gingerbread sculpture after the next, from The Hobbit‘s Smaug the Dragon to Alien’s Xenomorph to Darth Vader from Star Wars. This past Christmas her creation came from Guardians of the Galaxy as she built an enormous Groot sitting at a table.

While most of her subjects are directly related to her love of movies, Eriksson finds inspiration in everything from architecture to geometry. This is evident in her final creations, which show a knack for fine detail and building up dimension through texture. It’s these details that can be the most difficult to work out, but they’re also the most satisfying for Eriksson as a designer.

“It takes a lot of time and testing to get right,” she admits, “but that is also what I find most fun—to push the boundaries for what can be done with this medium.”

Caroline Eriksson is known for her incredible movie-inspired gingerbread sculptures. 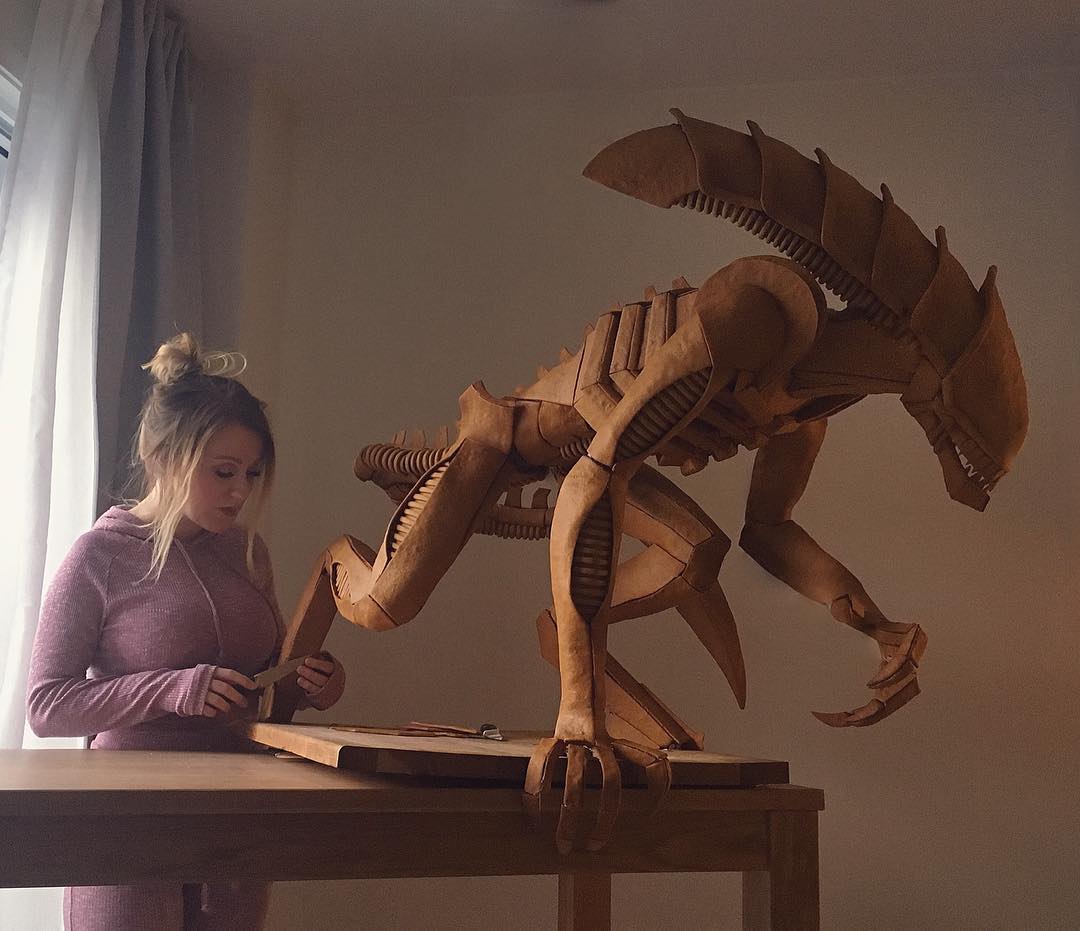 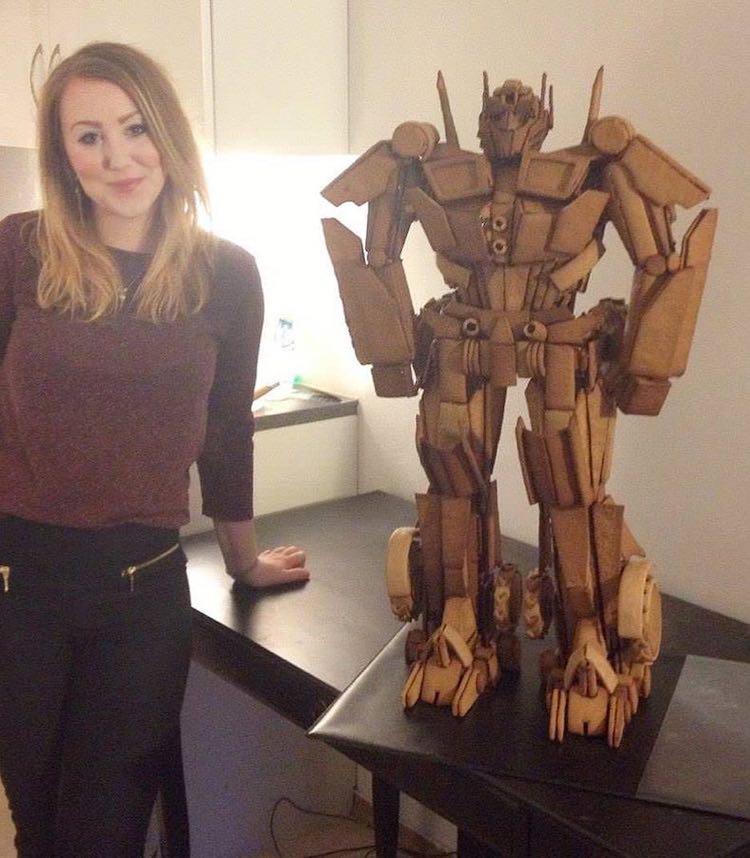 It can take up to five weeks to create these intricate sculptures, which include Darth Vader from Star Wars. 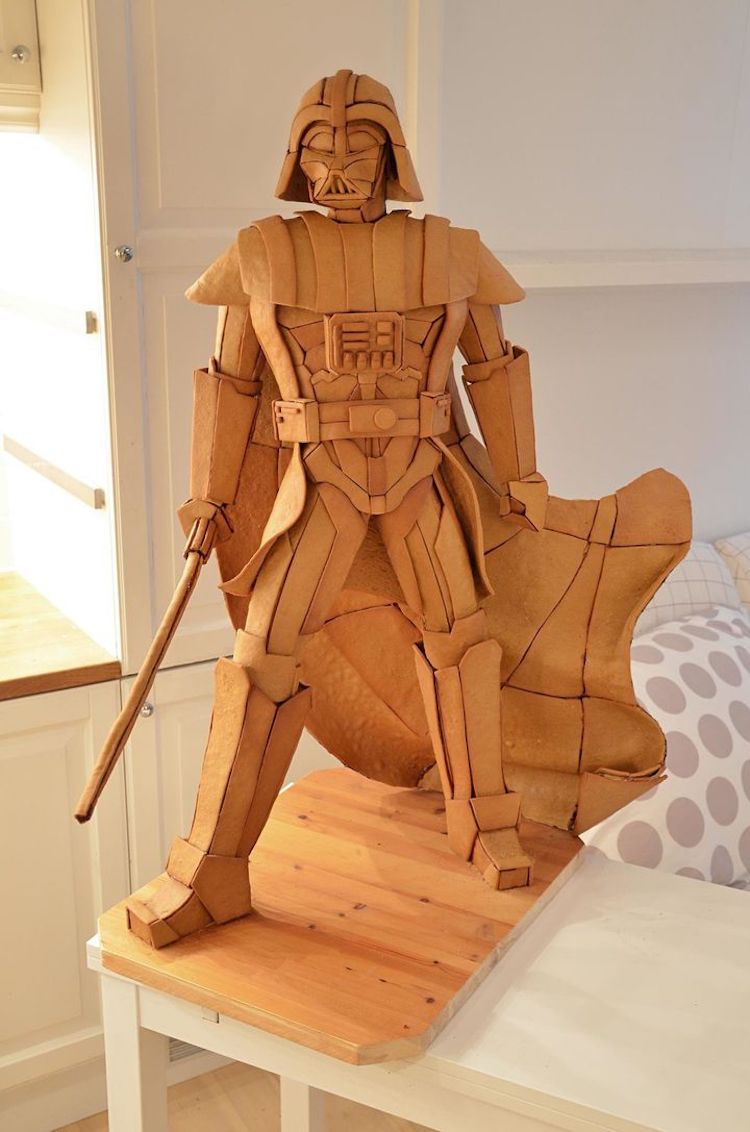 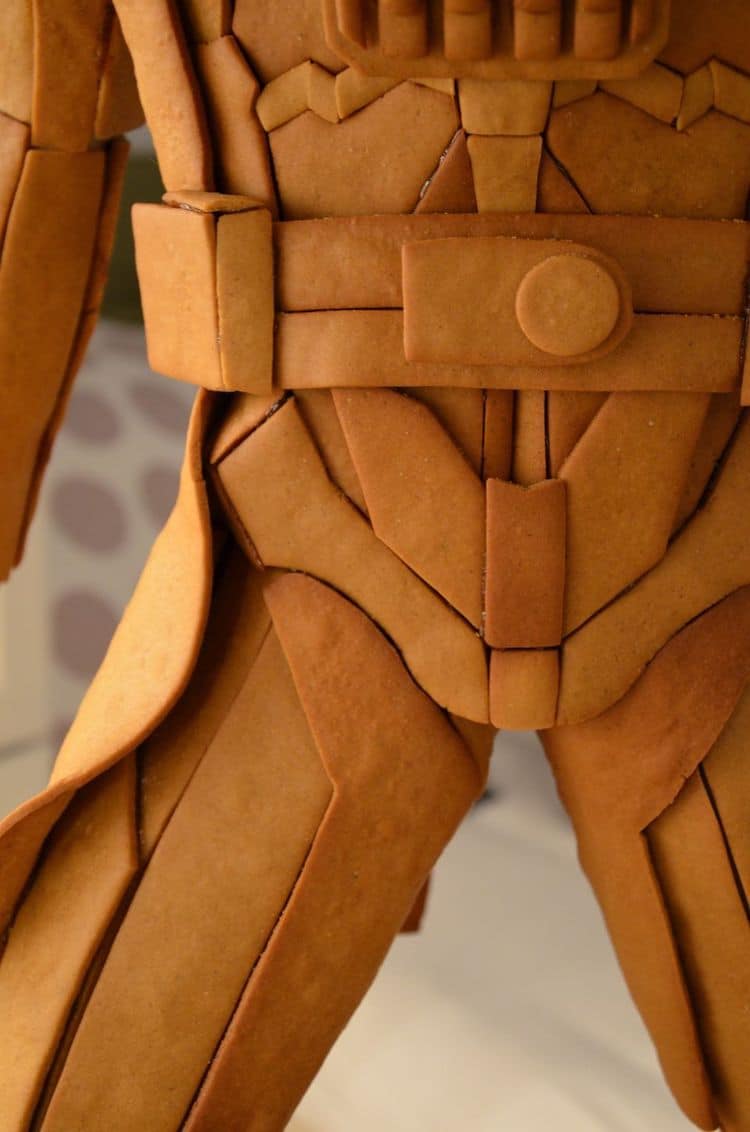 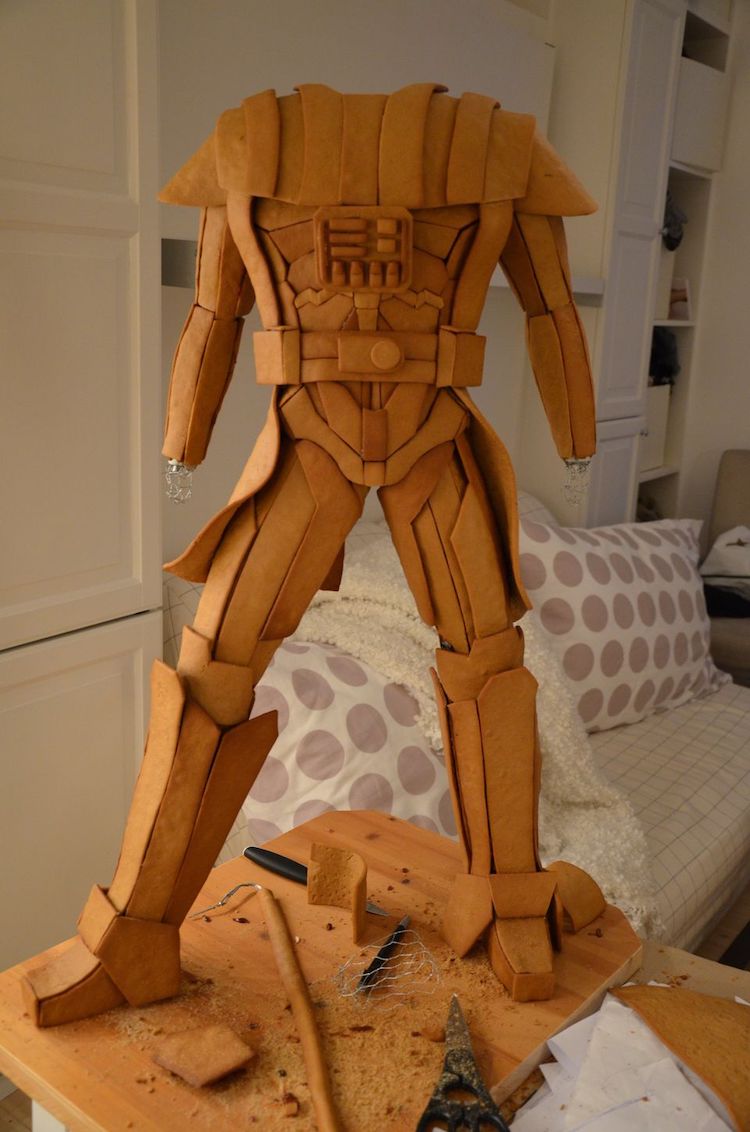 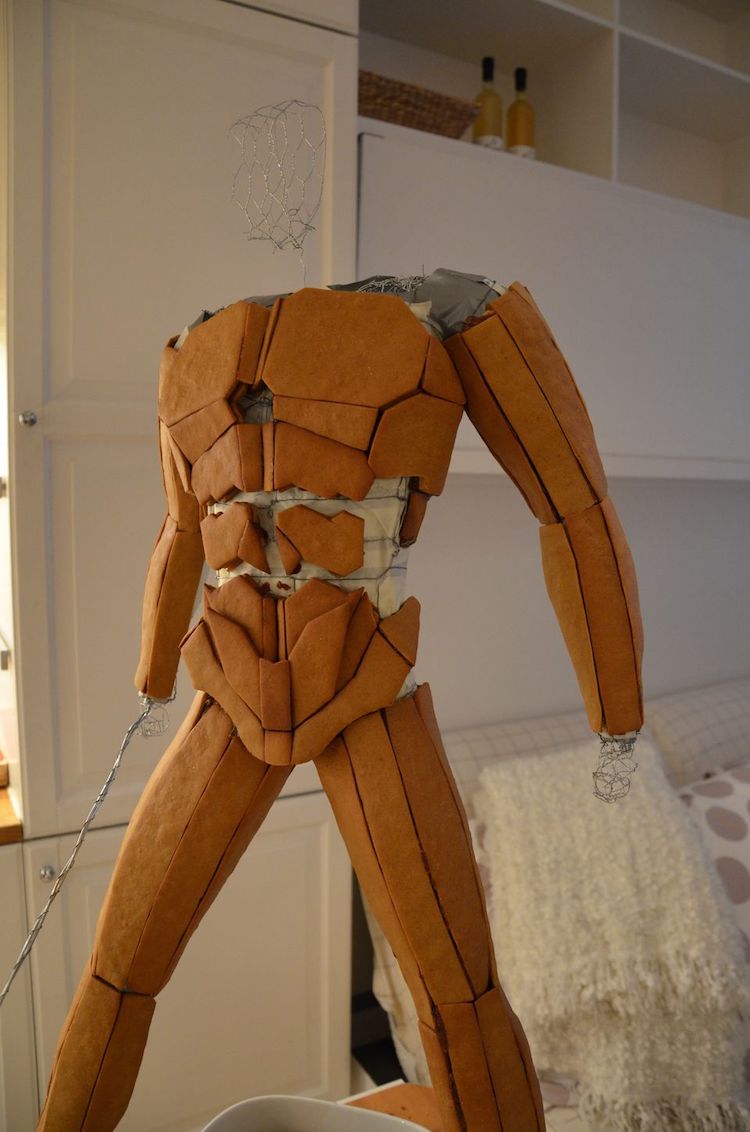 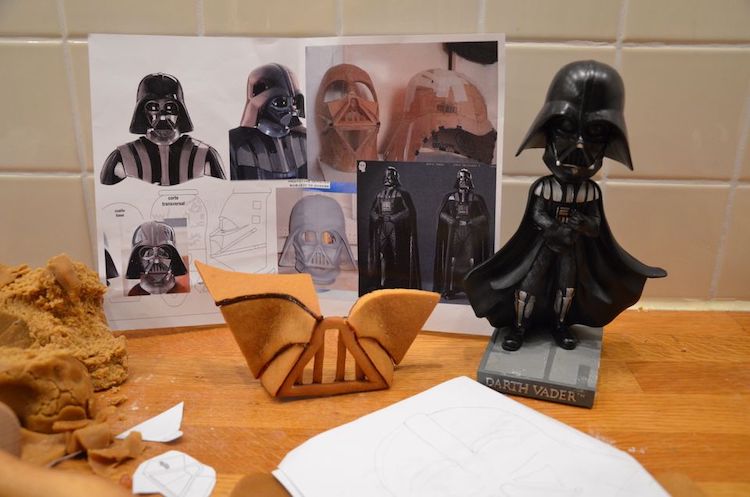 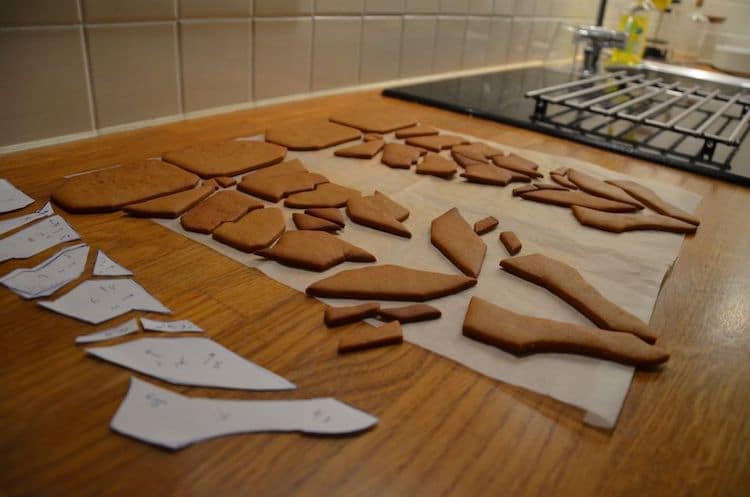 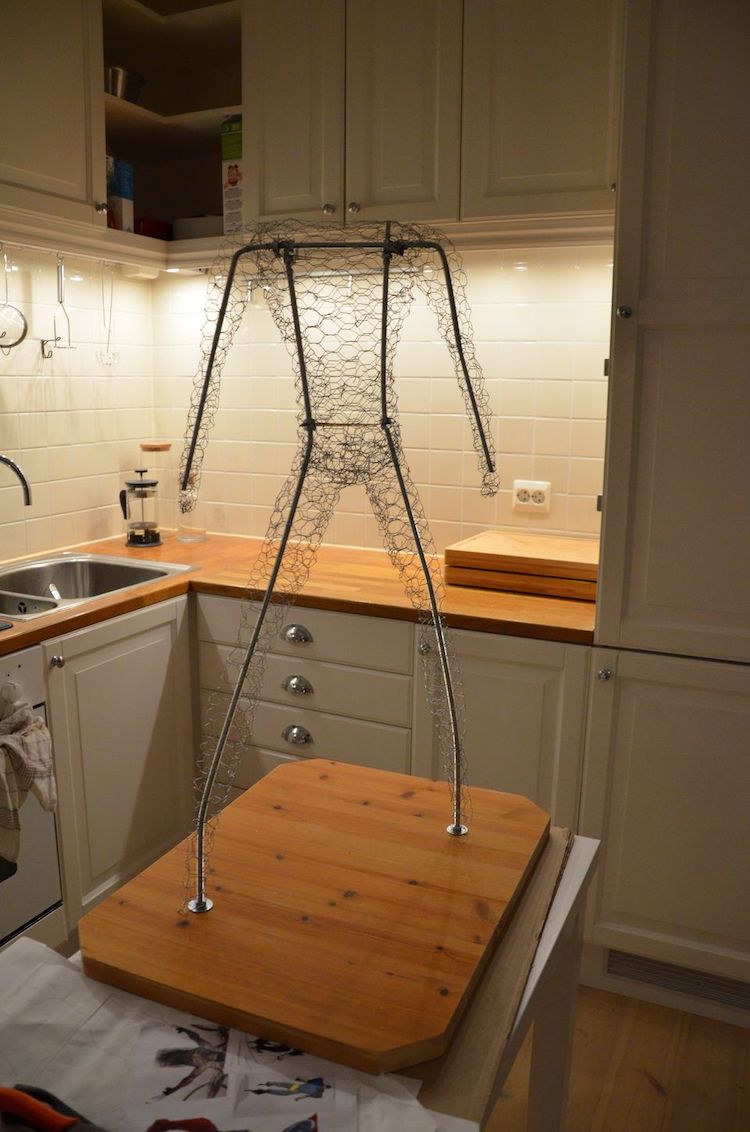 The Swedish designer makes all of her own gingerbread to produce characters like Guardians of the Galaxy‘s Groot. 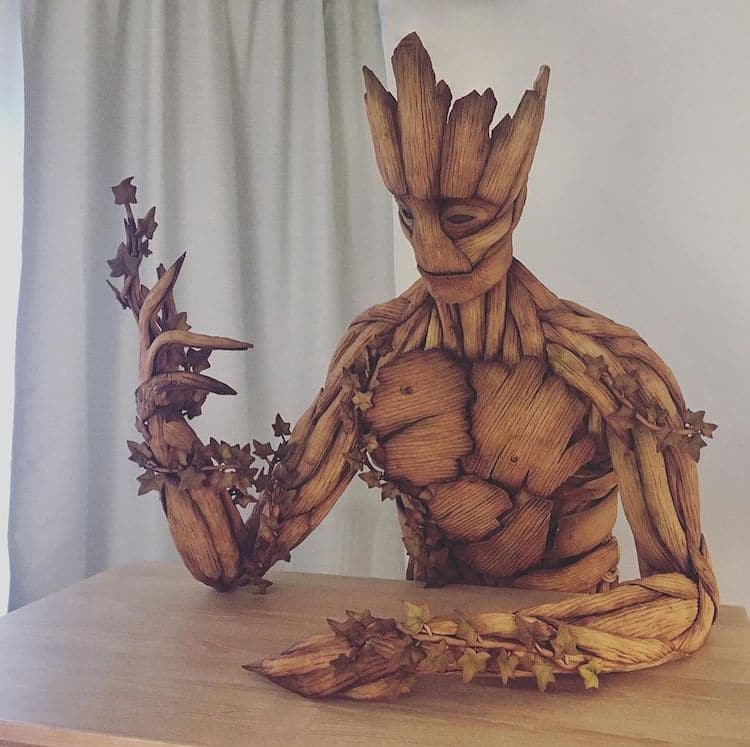 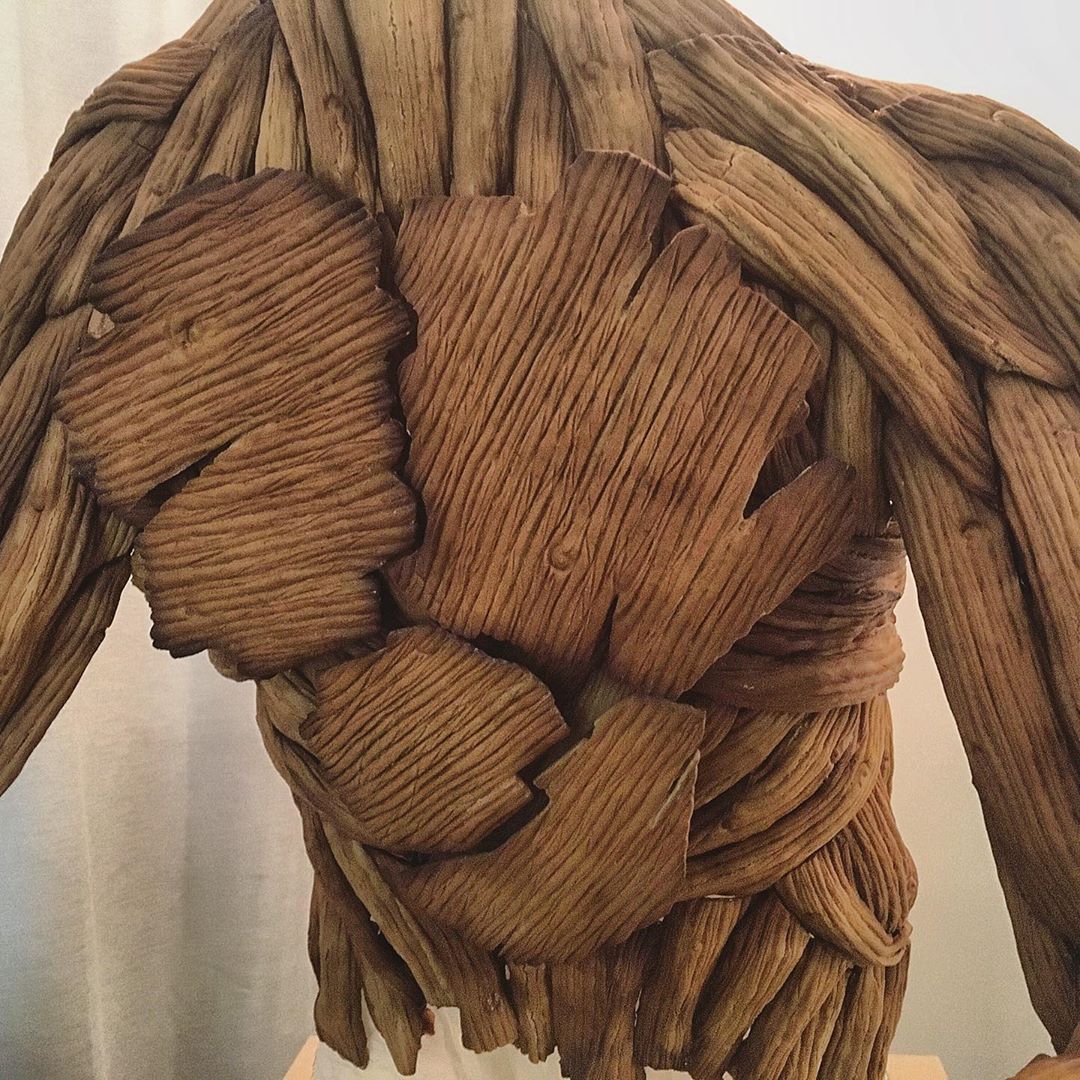 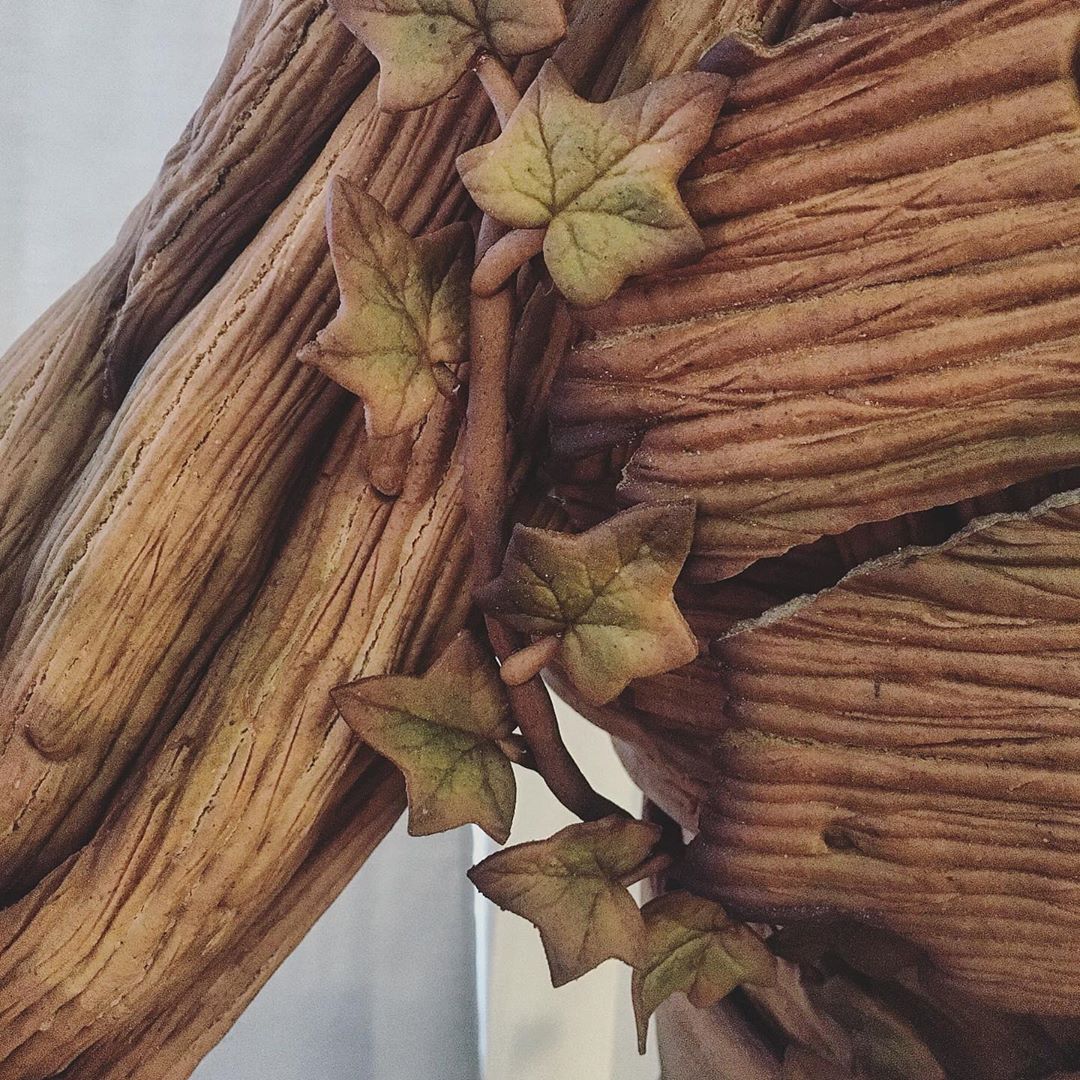 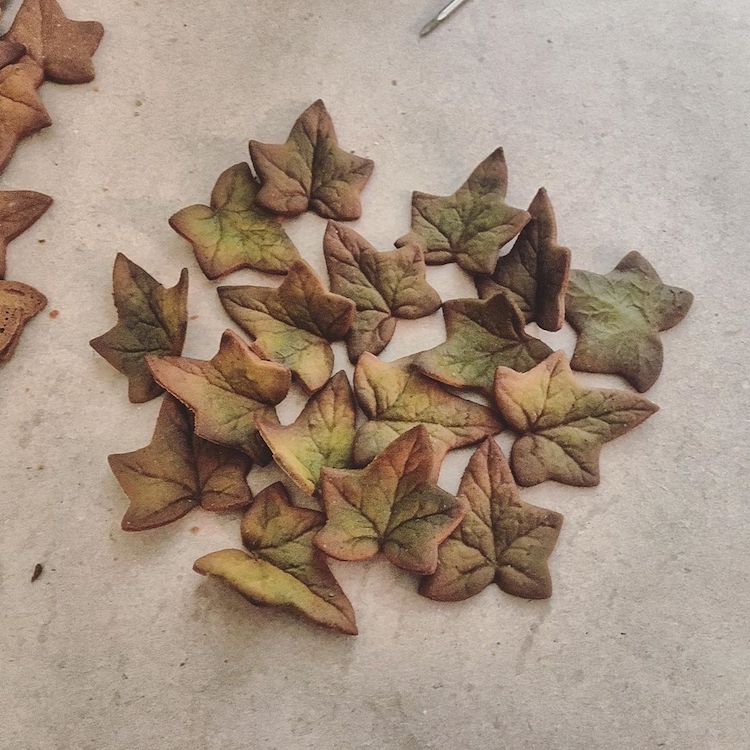 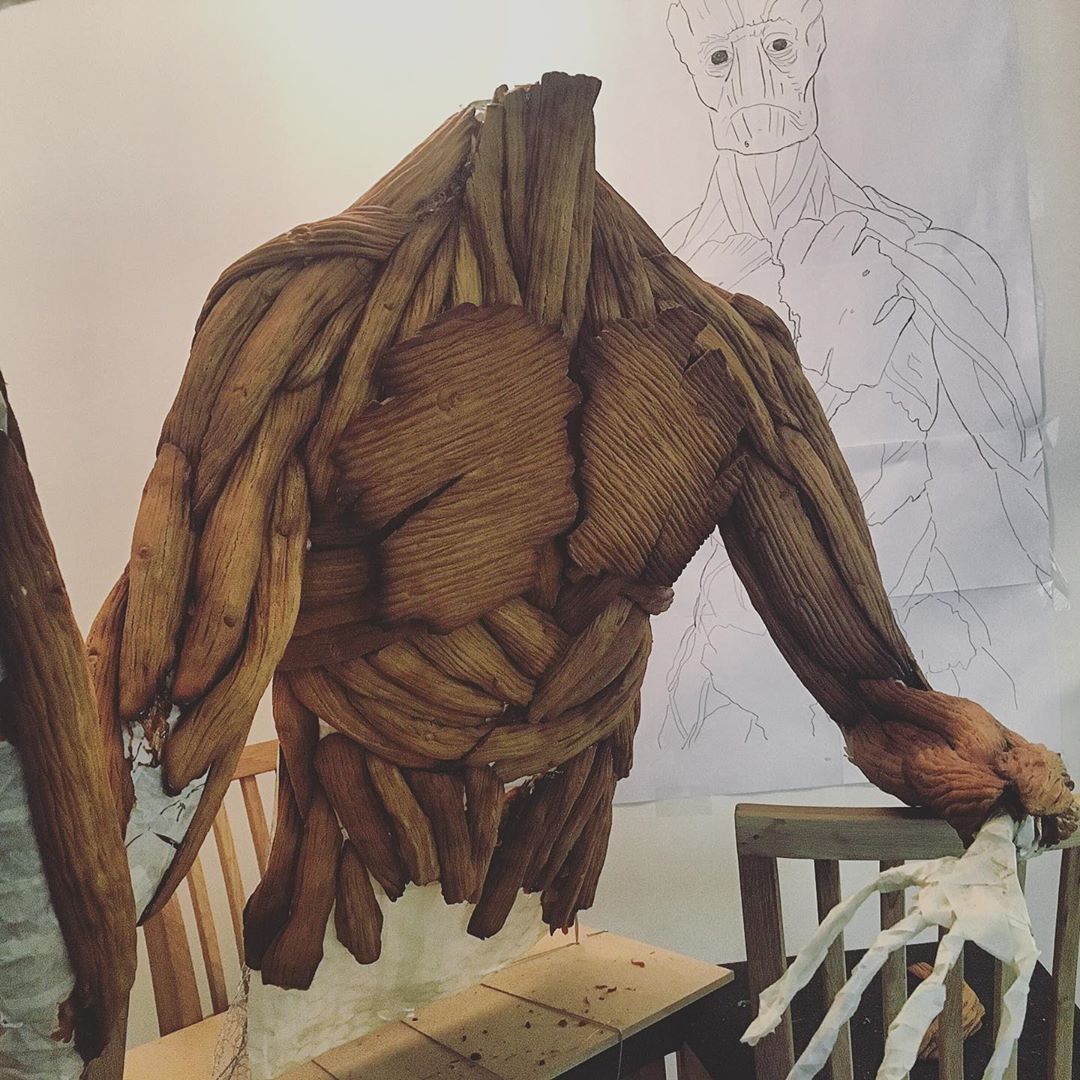 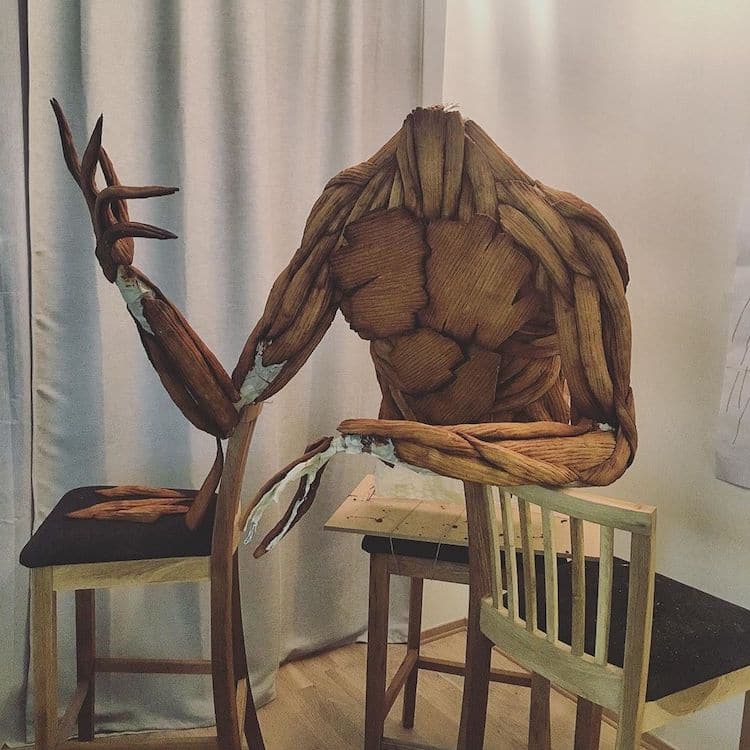 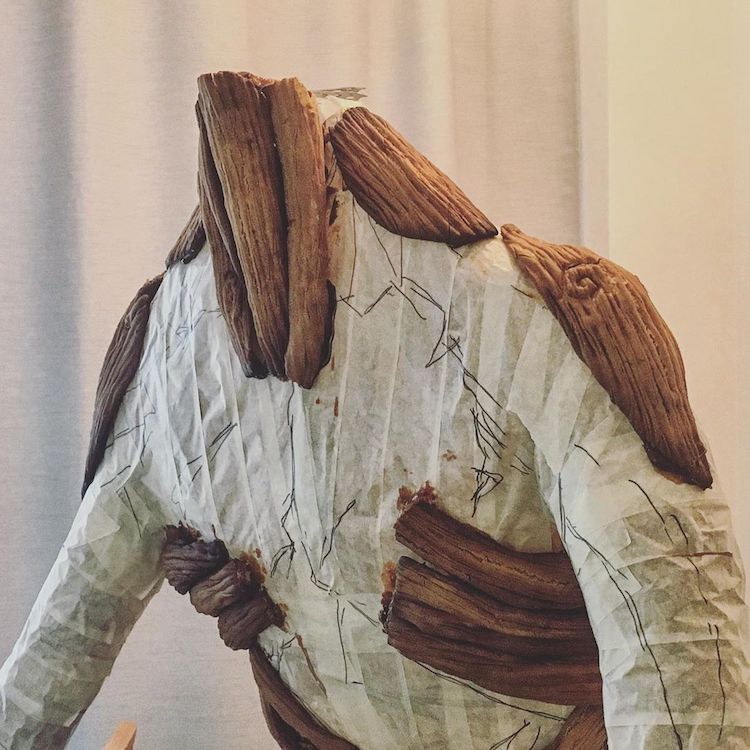 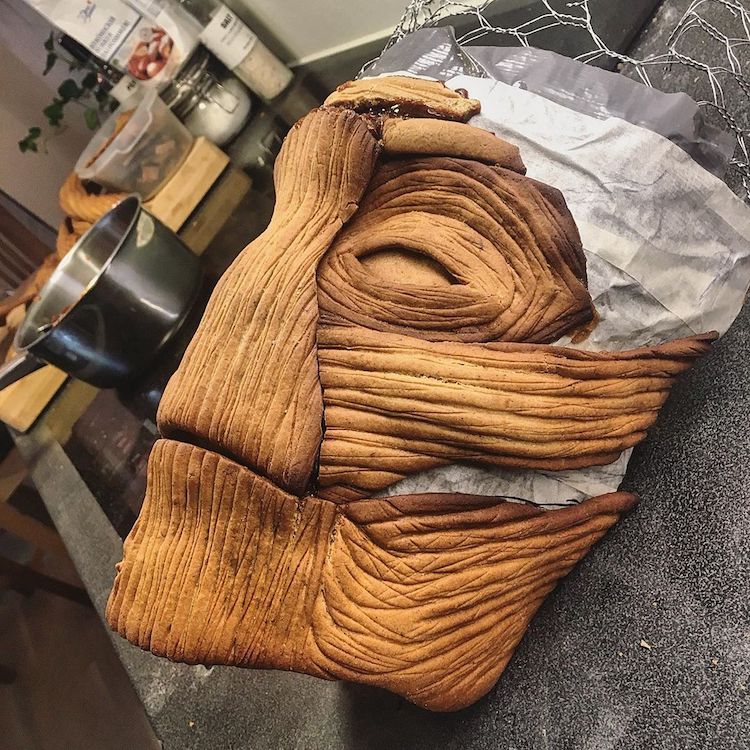 Her level of detail and ability to create incredible textures has made her work go viral. 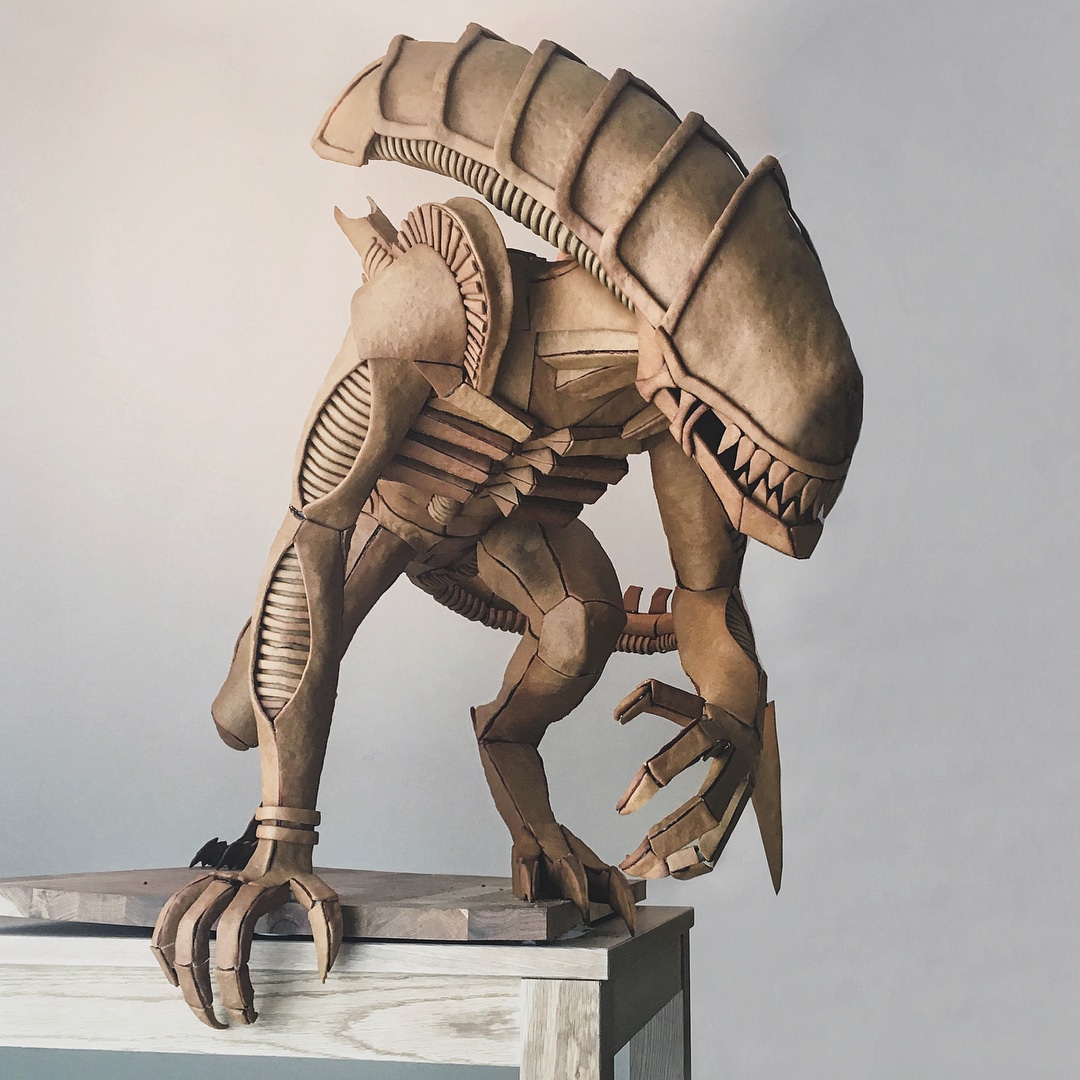 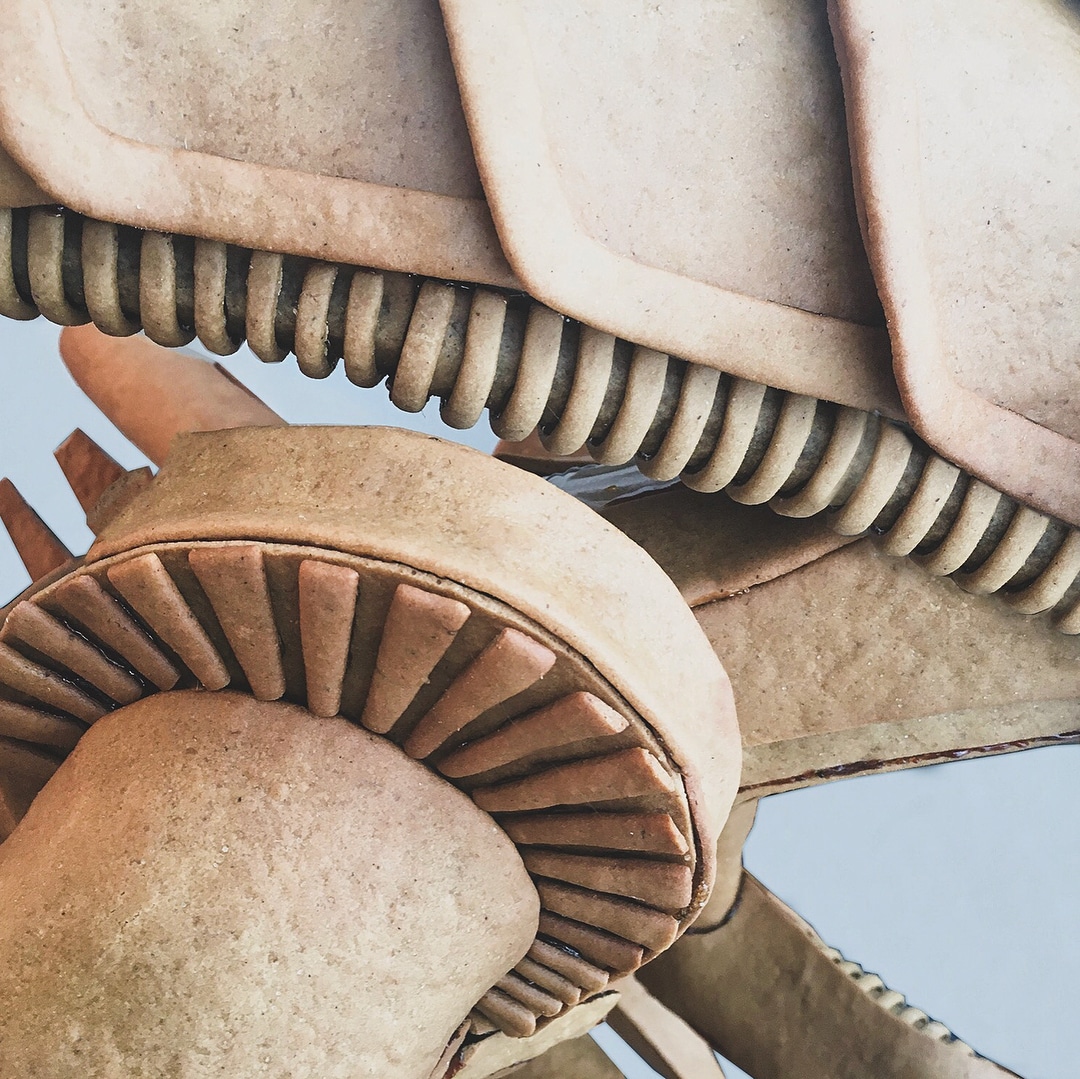 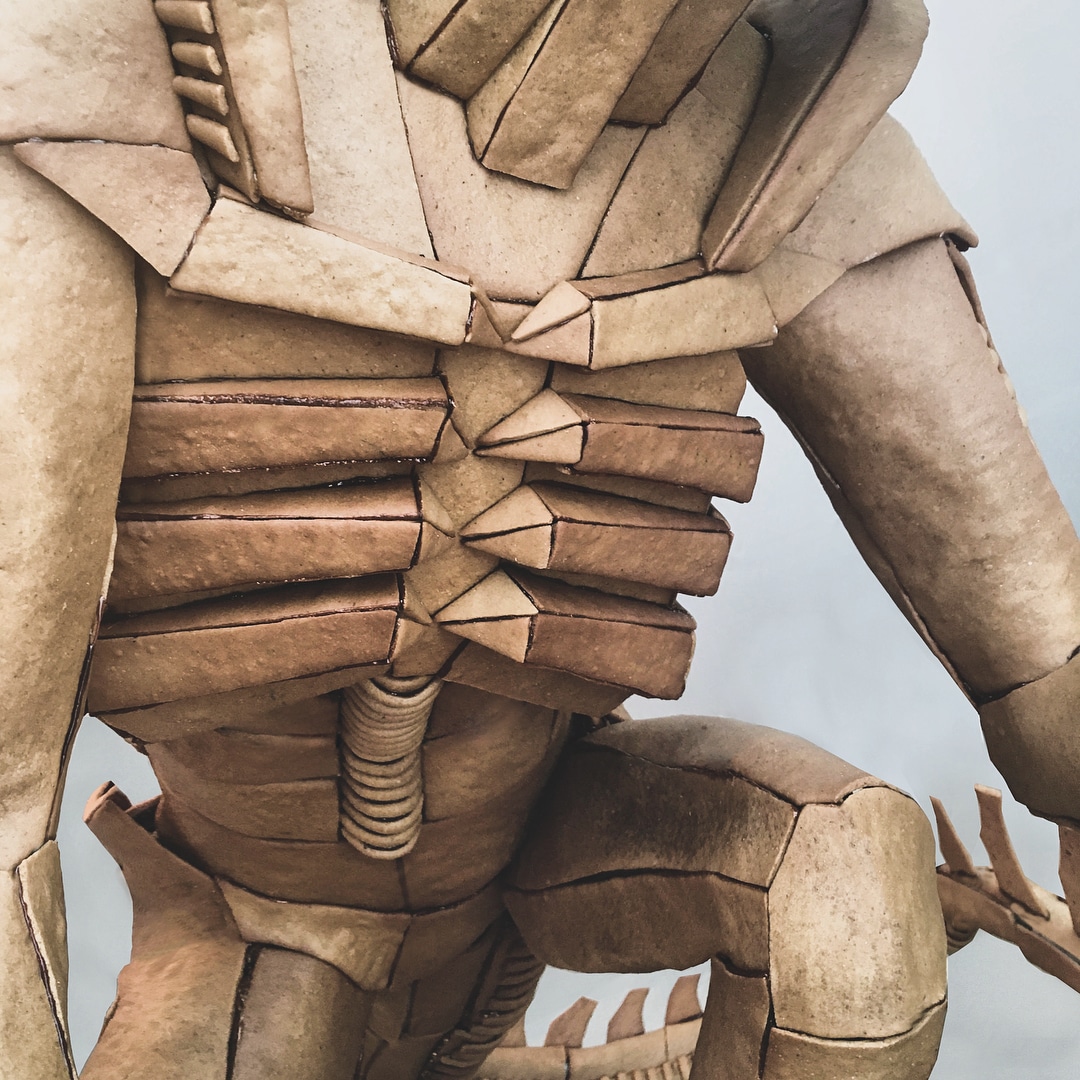 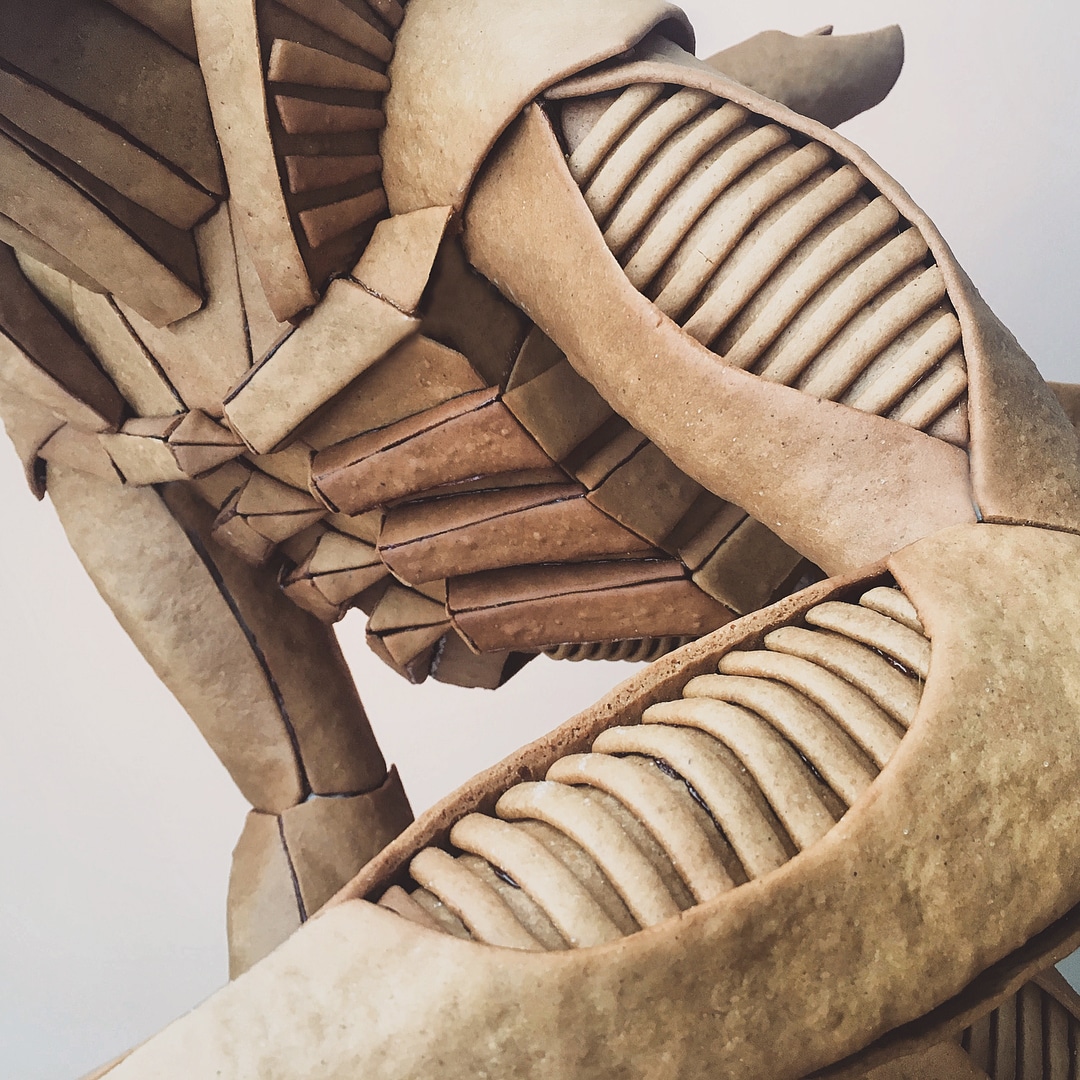 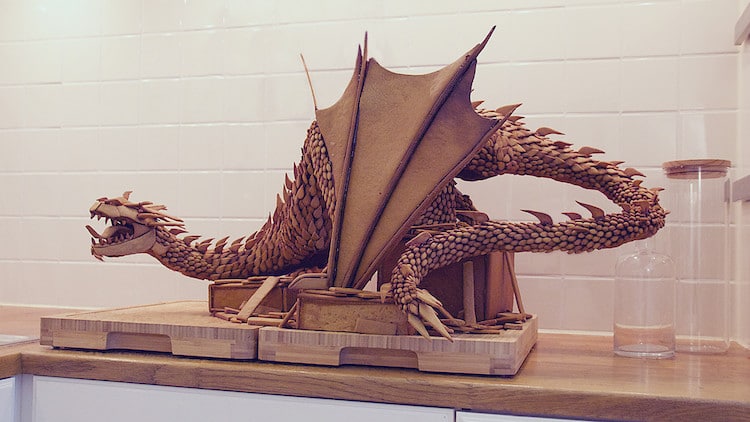 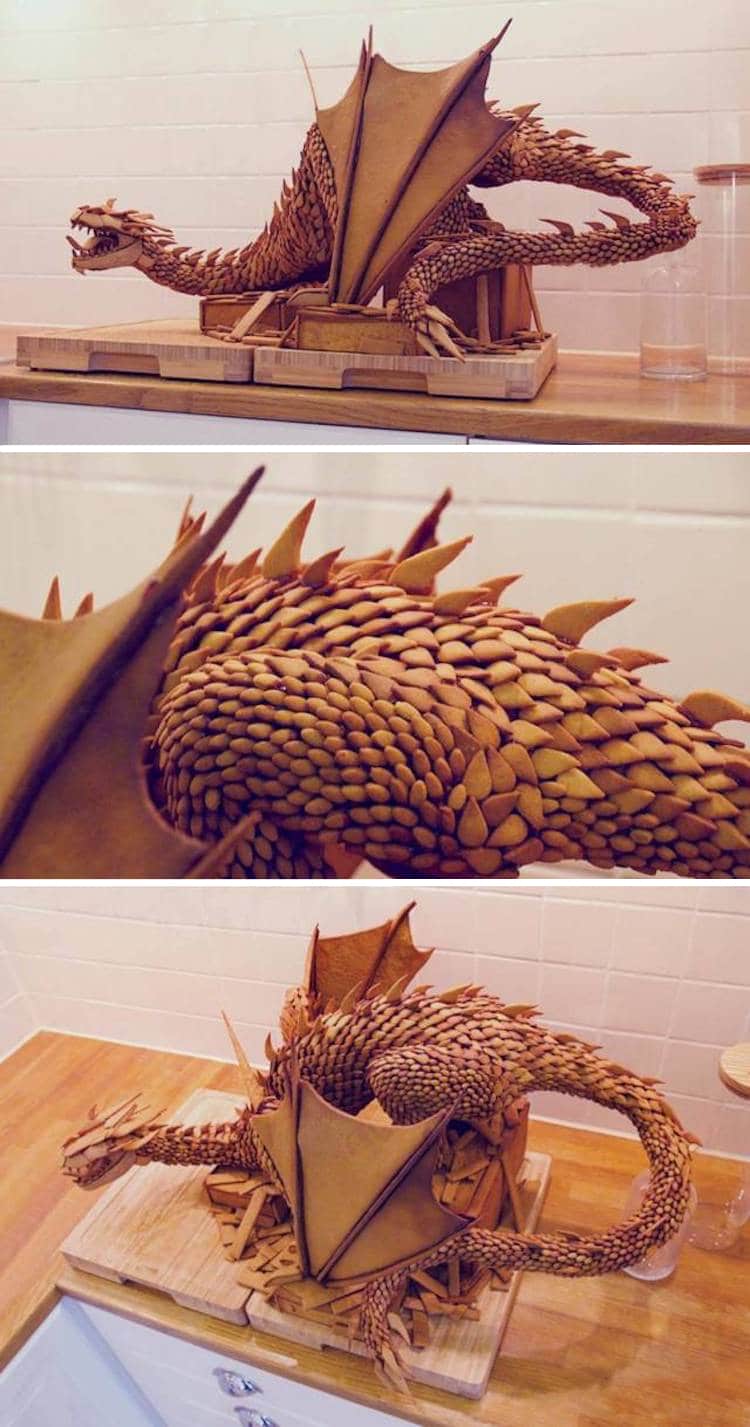 Artist Sculpts Massive 5-Foot-Tall Gingerbread Castle Unlike Any Other